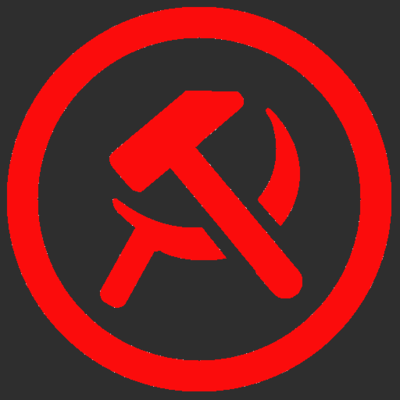 How I pay the bills
Public servant

@Katsudon Just have to say, brilliant username and great food too. 👍🏽

Facebook has recently admitted that its greatest threat, looking to the future, is federated platforms.

Many federating platforms (like PeerTube, a video sharing software, or WriteFreely, a blogging software) are springing up around the federating system.

Meanwhile, the fediverse is only getting stronger, powered by money through voluntary donations and the hard work of thousands of admins.

Federation is a positive path forward for the future of the internet, has liberated people and allowed them to form regenerative communities, and is helping to educate people about alternative ideas and methods to those promoted by capitalist business.

It's really encouraging to see the fediverse doing so well.

I know it's old. In case you didn't know, #mastodon has a built in #RSS. Means you can get the feed of a user by just adding `.rss` after the username.

I posted this on another instance, so apologies if you've seen this.

Do you have other interests, passions; whatever you call it, other than Linux & computers, etc?

For me it's cooking, fly fishing, & pottery. Sometimes it feels odd, they're all so disparate, but I really like them all. My partner and I have almost 450 cookbooks (I know, it's a problem) & use them all. I've been fly fishing for 35 years. And pottery is something I've been interested in since university, which is 24 years ago.

“Though Blockchain has been touted as the answer to everything, a study of 43 solutions advanced in the international development sector has found exactly no evidence of success.”

Man, it seems so bad you’d almost think I’d have a slide warning people about blockchain oil salesmen (they’re almost entirely men) in my talks or something…

Funny how that works!

I will be shutting down LinuxRocks over the weekend to copy the VM to another server. This means IP changes so please give time for DNS to propagate.

If you already have access to the f-droid repository get New Pipe as a replacement for YouTube. It's basically free YouTube Red with no ads or tracking. Yay!

This is today's gift for being a greater part of the #FOSS movement!

You can watch it on the live stream at: https://www.aljazeera.com/live/

"Argentina’s capital city will go into a total security shutdown on Thursday as the heads of state of the world’s 20 biggest economies start arriving for the two-day G20 summit, which begins on Friday. All flights over Buenos Aires will be diverted and trains, subways and all public transport will be cancelled for the duration of the summit"

Hey, stupid poor people, go the hell out of the city while the elite meets and decides how to fuck you up!

Wow, Reuters, 1984 was meant to be a warning, not an instruction manual, you absolute muppets.

Saying he was collecting material for an art project, the 31-year-old visual artist sneaked into a vault at a notorious private, run-for-profit university and quietly removed tuition contracts. Fried Potatoes – whose real name is Francisco Tapia – then burned the documents, rendering it nearly impossible for the Universidad del Mar to call in its debt – which he claimed was worth as much as $500m (£297m). “It’s over. You are all free of debt.”

Huh, will watch this with interest... https://schnack.cool - it's a #FOSS replacement for Disqus. Might give it a go on my personal site before too long...

I just found this guide on how to build your own custom mechanical keyboard from scratch. It's well written with good pictures and resources. https://68keys.io #MechanicalKeyboards

Libertarians don’t hate government, they hate democracy. They’re all for government as long as they’re the ones doing the governing as unelected CEO kings.

GSoC is a perfect way for Google to keep activists quiet, because of the positive thought that, hey, they give back. Yes, Google also sponsors some key software, but it represents a tiny pile of money they can shuffle to tax savings. The cost/benefit in terms of image is illustrated by prominent free software activists saying publicly that GSoC is a good thing.

“Last March, Tony Schmidt discovered something unsettling about the machine that helps him breathe at night. Without his knowledge, it was spying on him.

From his bedside, the device was tracking when he was using it and sending the information not just to his doctor, but to the maker of the machine, to the medical supply company that provided it and to his health insurer.”

So many sites do:

After not clicking the ok button but attempting to continue:

That is explicitly not allowed/illegal under GDPR.

American companies including the Washington Post really have a damn hard time wrapping their head around that an agreement means you can decline to agree to it, and GDRP says refusing to be tracked is not grounds for a site to refuse service.

How I pay the bills
Public servant