Do you remember when Facebook bought WhatsApp and they told us that WhatsApp won't be sharing any data with Facebook? 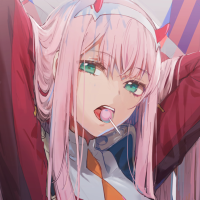 @hund i never forgave whatsapp for their betrayal of the public trust pre-facebook. first, the devs cut the community from modding whatsapp when much if the improvements were driven by cide contributions from public. second, it was always strange that whatsapp refused to work with tablets and computers for no apparent reason than absence of a phone service on the device. remember when whatsapp refused to install on an android tablet sharing the same release as a phone?

@hund but whatevz. those days i was advocating #pownce, then #jitsi. jitsi worked on #symbian. i am not so egotistical as to be angry people did not take what i chose. i am angry because people always follow hype and the unethical, then relieve those that benefit from the wrongs of the responsibility to clean up their shit; passing the sin on to those that have the technical knowhow but benefit not. cf invidious.