Google have just banned lbry from the PlayStore.

@malin I use fdroid 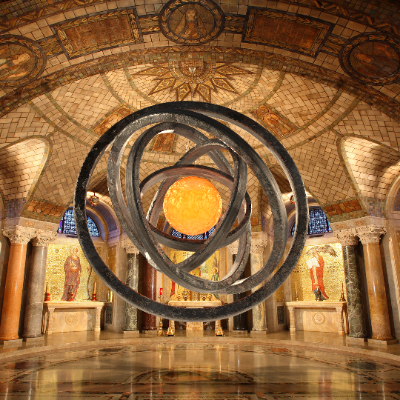 One might argue that no matter how bad a platform is, allowing Google to ban it is a slippery slope that will lead to actual censorship down the road. But doesn't Google already have that power? What more power or motivation does it gain after removing lbry?

@voltist However big, it's not omnipotent - Google has more power to take, and each new step is in the wrong direction.

Lbry is indeed a bigotry-ridden hell-hole, but it also has science channels and other fun stuff. I can't find a use for much there, but the fact that they're trying to be a protocol, and find a new way to generate videos (rather than just host), free of advertising, DRM, or censorship, means they still could have some value (at least, Google thinks so).

@malin Sure, I can see how there is more power to gain (possibly in the form of legislation or public relations), but I don't see how removing LBRY would lead to Google having it.

At first I thought it might set a precedent, making future censorship more palatable, but believing that takes an extraordinary amount of distrust in the global community. I think that any concerned individual is smart enough to realise that removing a hateful platform is not a justification for later censorship.

@voltist I hope you're right. I don't want to claim "first they came for the bigots, but I did not speak out, for I was not a bigot".

Still, moving the conversation to what a platform hosts, rather than protocol vs service seems a sufficiently nefarious push, even if it's not a new tactic.

@malin I agree, but it cant be claimed that LBRY is unique in their idealism. PeerTube, or even a sphere of personal blogs and RSS feeds, are perfectly reasonable alternatives to the service oriented mindset. It seems to me (at least from what they post on the fediverse) that LBRY is trying to be another competing platform, rather than a non-platform.

With that in mind, I don't see much harm in judging LBRY on its culture, since it is hardly the prototype alternative media platform.

@voltist I'd agree, except what they planned was a crypto-based way to show interest, mixed with payment.

The bigotry and randomness comes from people wanting to throw crap on the channel - mostly those who are unwelcome elsewhere, or techno-enthusiasts who just like to try new things.

So the intention's useful, and the results were unpredictable. Beside that, Google's intentions are clearly for more power, which I think we'd best take note of.