When things sounds to good to be true, they're probably too good to be true. I really hope this is exactly what they say it is, but for now I remain optimistically sceptic.

"Windows games with no Linux version currently available can now be installed and run directly from the Linux Steam client, complete with native Steamworks and OpenVR support."

@hund
Wow, I can't wait to give this a try! I've heard good things about wine+dxvk recently.

@gbrnt Cool! I have heard nothing at all. This is all new news for me. :)

@hund What's even better is that if you buy (and then play) a Windows game this way, it'll count as a Linux sale. https://www.gamingonlinux.com/articles/valve-officially-confirm-a-new-version-of-steam-play-which-includes-a-modified-version-of-wine.12400

@maxigaz @hund I wonder what the uptake of Linux will be now? On Reddit, it's always been the availability of games that has meant people don't switch from Windows!! :) Now that that has been removed.... :)

@James @maxigaz Reddit will find new things to dislike Linux for. :P No but seriously though, I hope this will be something good and something that works for mortal people.

@hund @maxigaz me too! Time will tell :) is there a huge performance loss due to emulation does anyone know?

@James @maxigaz I would assume it can be all over the place. But I hope it's decent enough since they actually put some effort into this and that they don't officially support any games that's not tested.

@James @hund I think it's definitely a game changer for a lot of people. (No pun intended.)

As for Reddit, I don't know what people say against Linux nowadays, as I only visit subreddits which do favour Linux, and only for a few minutes a day.

@hund I do not think this is good news. If this works as described, native linux game creation will decrease drastically.

@hil It's absolutely possible. But it also might help bring the light to Linux as well. If they see how popular this thing called Linux is, things might take a turn for the better in the long run. I hope.

@hil @hund Steam collects stats on the hardware and software config of systems it runs on. I'd be surprised if Valve wasn't feeding that back to game developers. 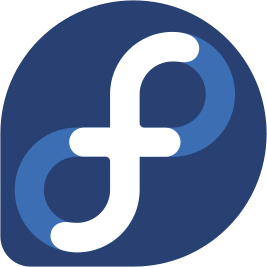 Developers who care, will port to Linux. Tons and tons of indie devs, and a handful of AAA devs, port to Linux already, despite the apparent low volume of Linux users.

Developers who don't care, won't bother. For them the status quo doesn't change.

At the least, if you buy a game on Steam and it won't run under Steam Play, ask for a refund and tell them why you are asking for a refund.

But at the end of the day, vote with your wallet. Thats what I do

@hil @hund Also keep in mind that Steam Play is only as good as Wine. Some games do not run at all under Wine, or have major compatibility issues.

@matt @hund I agree. And what people/users will notice, is that games that run fine on Windows, will most of the time not do so in Linux. Which will also make native indie devs suffer from that reputation. I see a lot of negative aspects here. And a few more games that actually will work and benefit Windows game devs. Sry, i still think this is not a good idea. ¯\_(ツ)_/¯ ..but i hope i'm wrong.

@hil @hund on the flip side I will have a *hell* of an easier time migrating friends and family to Linux.

@hil @hund dude, I have had a hell of a time convincing family to ditch Yahoo email, even after the big breach a few years ago. I need all the help I can get.

@matt @hil Havent there been like 8 incidents with Yahoo? I'm pretty sure they mentioned it on the latest episode of @DestinationLinux. :)

@hund @matt @DestinationLinux https://en.wikipedia.org/wiki/Yahoo!_data_breaches 3 major ones. But i guess everything below a few million data records is ignored anyway nowadays....

@hund @matt @hil we were somewhat joking about the amount but based on how long it takes them to admit when stuff happens and how severe it is when it does happen to them . . . the exact number isn't as important because we already know they haven't learned their lesson yet. I do stick to the idea that Yahoo Mail is just synonym for "junk inbox".

@DestinationLinux @hund @matt Sure! It's not like we have only one option to choose from and every sloppy handling of personal information needs to be punished instantly! ^^

@hil @matt You have a solid point there! I remember when I got my neighbor to use Ubuntu back in 2008 or something..

I probably still hold the world record for recovering the most Ubuntu installs to this day. He fortunately gave up on Linux when he got bored of Beryl and wobbly windows a month later or so.

@hund @matt Yah, hehe. I got saved by Chromebooks actually. A good compromise for Mums, Dads and similar creatures. Rock solid and self healing.

@hund it works! I played Doom 2016 (already availeable on wine) with just a click, and then Star Trek Online =)

@quasarfreak Cool! It doesn't work for me since Steam decided it was a good idea to hard deprecated Python 2.7 as a dependency.. So I'm still waiting for a fix from the ones managing the package.

@quasarfreak Glorious grammar by me there. :P

@hund being no native in english I didnt see the error