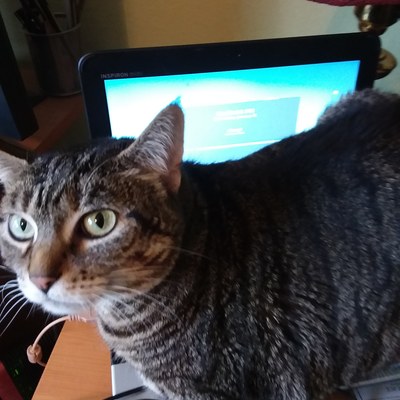 I'm trying out some Open Street Map apps as a google maps replacement. What do y'all do?

I have an old iphone currently, and don't get a new one because I don't like any of the choices. Rooting for Purism to come along...

@cameron in-city "where am I" - maps.me also offline maps

I haven't found an app which makes me completely happy when viewing topo maps. Both MotionX and ViewRanger work, but are clunky, and only store raster tiles for offline.

@federicomena @vickylai Maps.me is what I'm trying out now and it does look promising.

@federicomena I did. use Motion-X for quite a while, but now it is Pocket Earth: Free maps, vector renderer, selection of POI groups. Track recording, walking routing, setting marker.

@karlos thanks, I'll give it a try!

@karlos so I tried Pocket Earth and paid for the offline contour lines. It is very nice indeed, thanks for the recommendation!

@federicomena You are welcome.
It is about what I would like to see as #OpenStreetMap vector client (Web-App or PWA, using #OpenMapTiles.org). I even would like to help coding. Does anyone know a starting or ongoing project?

@cameron I've used OsmAnd, though it's better on Android (which is where I use it more often). 😕​ (It's... like the KDE of map apps? Doesn't look great, but super configurable and does the things I want, which isn't all that common.)

I also used maps.me, which was fine but didn't give all that much information (though that was like a year and a half ago, so it may be better now).

@cameron open street maps is shit unless you live in a popular area. However I still have big hopes for it.