I feel like game communities just want their games to die. For the record. The three games mentioned are all super populate on all platforms. Reddit communities are the worst. 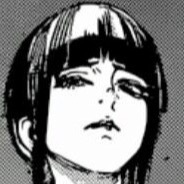 @crunklord420 nothing of 'value' is actually lost when any games dies. I play them for funsies not productivity. Tastes vary.

CrunkLord420   @crunklord420@kiwifarms.cc
@HexDSL uhm actually this is totally incorrect there are plenty of games that are basically creative platforms for people to build on top of.

The list games are the polar opposite of that. They don't even allow dedicated servers anymore which you could argue was a platform for community building and modding.
1
May 22, 2020, 08:26

@crunklord420 we care about different things I see.

@crunklord420 @HexDSL You have a point about creativity but that doesn't mean the OP games have no value. That is completely your subjective opinion.

CrunkLord420   @crunklord420@kiwifarms.cc
@greypilgrim @HexDSL Overwatch and Destiny specifically represent stagnation in AAA gaming. Where we've actually regressed in the name of streamlining and the mainstream.

Destiny resetting their already shallow economy by releasing a sequel, contradicting the design they took from Digital Extremes (who took it from the Koreans) for the worse.

@crunklord420 @greypilgrim yes. On all of that. But if games fun and I don't feel like it cost too much money. Then it's a valid thing to play.

@immychan that's a point of view I didn't consider. If a games population gets low enough that I can't play it any more, I just move to a new game. It doesn't stress me out. I didn't consider that it was a sign of worry. Strange thing is, telling people that the game is dying helps create the vibe hey are worrying about.

@HexDSL that's true, but I think to a lot of people these games are like communities, and having been in communities that have more or less died I can say it's not fun and makes you feel like nothing will be as good as that again, so I can see exactly why people worry about even a slight drop in player numbers